Why did Joel and Ethan Coen decide to make a new adaptation of True Grit? The answer to that question is still as unclear from the finished product as it was from the initial previews. Certainly, this film exhibits the brothers’ distinctive visual style, with many of its finest moments sharing a great deal with the stark, desolate appearance of No Country for Old Men. And while the tone is largely serious and straightforward, they find plenty of opportunities to indulge their penchant for willful eccentricity and oddball humor. But in some ways, that’s part of why True Grit isn’t entirely satisfying. What makes a Coen brothers picture successful is at odds with what’s best for a genre piece of this sort. You can watch the full movie at 123 Movies.

The Coens have attempted to stay closer to the original Charles Portis novel than the earlier John Wayne-starring film did, but this proves to be a mixed blessing. On the one hand, it means that the focus isn’t entirely on Rooster Cogburn, since Jeff Bridges isn’t the same sort of egomaniacal screen-stealing performer as Wayne and clearly didn’t demand to be constantly front and center. The Coens have created a strong ensemble piece, and Hailee Steinfield gives an extraordinarily tough performance as 14-year-old Mattie Ross, who hires Cogburn to hunt down her father’s killer. Both of them work well with Matt Damon, as a Texas ranger named LeBoeuf (though he pronounces it “LaBeef”) with his own reasons for pursuing the same quarry.

But the fidelity to the novel also means all of the dialogue is written in an arcane, overwrought fashion that ultimately detracts from the natural flow of the story. It may be period-appropriate, but it also feels stilted, and gives the sense that everyone’s making far too much of a fuss about things that aren’t really all that important. Sometimes it’s used to great comic effect, as in a scene where Mattie and Cogburn come across a body hanging from a tree, but more often the characters simply ramble on in this fashion for extended periods until you wish they would just stop talking and get on with it.

And this points to a structural problem with the film: after the first hour, where Mattie arrives in town and eventually persuades Cogburn to help her out, the pacing slacks off and there’s little sense of dramatic tension. Cogburn and LaBoeuf have an easy-going partnership that becomes a rivalry and then sort of drifts back into partnership again, and while it’s fun to watch Bridges and Damon play off each other, there’s never a sense that much is at stake in their scenes together. They waste incredible amounts of time trying to outdo each other at sharpshooting, or quibbling about minor disagreements, and it’s a relief every time Mattie essentially tells them to shut up and get on with their business.

Even at that, they get on with their business slowly, and the trail is interrupted by a few moments of irritating self-conscious quirkiness. The worst of these is when Mattie and Cogburn encounter a dentist clad in bearskins (Ed Corbin), a scene that feels like their attempt to do what David Lynch used to do with the late Jack Nance in so many of his movies. There’s no reason for this guy (identified in the credits simply as “Bear Guy”) to even be in this movie- though he does finally give Cogburn some useful information, it turns out to be something Cogburn already knows, about people he already knows. Like the dialogue, it feels like an attempt on the part of the Coens to display their cleverness when that cleverness wasn’t called for in the first place.

Yet in spite of these shortcomings, True Grit has compensating virtues. One of these is Jeff Bridges, given free rein to indulge every stylistic whim imaginable in his portrayal of Cogburn. While the character doesn’t entirely add up, it’s not for lack of trying on Bridges’ part. His gravely delivery is a delight, and it’s vastly more entertaining than his inert double role in Tron: Legacy. The film also looks absolutely beautiful, even more so than usual for the Coens. That hanging scene is once again a good example: the striking camera angles and the way the Coens frame the shots make it a lot more involving than it might have been otherwise. True Grit has some of the finest cinematography in any movie of this past year, and it’s possible to overlook many of its narrative deficiencies simply because the surface pleasures are so absorbing.

But ultimately, True Grit is lacking something. It never really takes hold of the viewer, because the second half is so meandering and fails to create the feeling that the heroes are ever in any real danger. As with so many recent films, it suffers from a surplus of exposition without much real action, and as fine as the performances and the cinematography are, they can’t entirely compensate for how the plot ultimately doesn’t go anywhere. It’s still a good film in many respects, but not at the same level as the Coens’ best work. 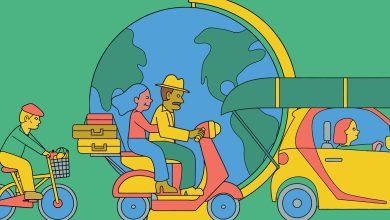 What are some of the basic things that you need to take into consideration for sustainable carbon black?

Improvements To Concrete Everyone Should Know In 2023

Is Earn2Trade a scam? 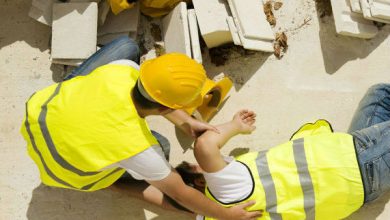 Steps to Take After a Construction Site Accident